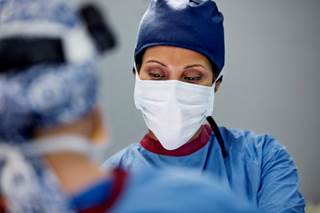 Whether radiofrequency ablation is a superior treatment option to lumpectomy requires further investigation.

Radiofrequency ablation (RFA) may improve local tumor control and the rate of tumor-free margins among patients with early-stage breast cancer compared with lumpectomy, according to a study published in Radiology.1

The efficacy of percutaneous ablation techniques, such as cryoablation, laser ablation, and microwave irradiation, has been studied among patients with early-stage breast cancer, with results showing that RFA achieves the best outcomes. Whether RFA is a superior treatment option to surgical interventions such as lumpectomy, however, requires further investigation.

After RFA, at least one of the staining techniques showed negative tumor cell viability. Prior to RFA, all tumors had NADH positivity, but 13 of 16 tumors lost NADH positivity post-RFA (P< .001). Nineteen of 20 tumors samples showed positive CK18 staining, but after RFA, all cases had a lower percentage of positive cells, and 8 cases had no staining.

No instances of recurrence or the need for a second surgery were reported during the study period.

The authors concluded that “RFA seems to be effective in the cases considered and could be more accurate than lumpectomy in terms of obtaining more free margins. Surgical excision associated with RFA leads to a higher amount of local adverse effects, especially if combined with partial irradiation of the breast. RFA could be considered as a less-invasive treatment in tumors smaller than 20 mm; however, this warrants further investigation.”