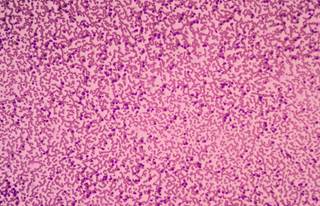 Researchers hypothesized that a combination bispecific mAb in B-cell malignancies could offer a treatment option superior to existing monospecific mAbs.

Using animal models of disease, researchers reported they developed a promising new treatment approach for chronic lymphocytic leukemia (CLL) and other B-cell malignancies. By combining the variable domains of monoclonal antibodies rituximab and alemtuzumab, as reported in Methods, the researchers found that they could exploit the binding benefits of both medications without depleting healthy B and T cells.1

The dual binding specificity of the proprietary bispecific antibody (biAb), called atz × rtx scFv-Fc, was produced in the lab and tested via binding assays. The results showed that the biAb could bind to both CD20 and CD52 concurrently.

In a CLL patient-derived xenograft model, the engineered molecule eliminated B cells but spared T cells, and showed superior binding to CD52+CD20+ B cells compared with CD52+CD20- T cells.

In addition, the Fc fragments could be easily purified by Protein A and had a longer circulating half-life, suggesting a feasible development target from a manufacturing and commercialization perspective.

In terms of safety, this approach could be a more attractive option than alemtuzumab alone, which has unacceptable toxicity because it kills normal B cells.

In addition, the biAb could be a viable treatment option for patients who become refractory to or relapse after treatment for CLL, said the investigators. They concluded the biAb eliminated proliferative, malignant B cells, and said their findings indicated that their biAb “potently and selectively kills CD52+CD20+ cells by [complement-dependent cytotoxicity] and [antibody-dependent cellular cytotoxicity] in vitro.” Meanwhile, CD52+CD20- cells were found to be insensitive to the biAb. And in mouse models, the biAb lowered CLL B cells better than either rituximab or alemtuzumab alone.