Pembrolizumab FDA-Approved for the Treatment of Advanced Cervical Cancer 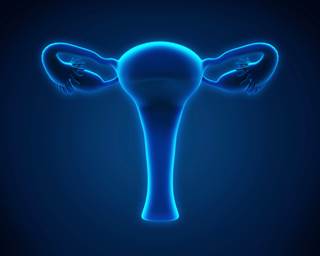 Pembrolizumab is the first anti-PD-1 therapy approved for the treatment of advanced cervical cancer.

The U.S. Food and Drug Administration (FDA) announced approval of pembrolizumab for the treatment of patients with recurrent or metastatic cervical cancer who have failed chemotherapy and whose tumor cells are positive for PD-L1 expression, according to a press release.1

Pembrolizumab — an anti-PD-1 agent that works by inhibiting the interaction between PD-1 and the PD-L1 and PD-L2 ligands and activating T-lymphocytes — is now the first anti-PD-1 therapy approved for the treatment of advanced cervical cancer.

The FDA based its approval on findings from Cohort E in the phase 2 KEYNOTE-158 study (ClinicalTrials.gov Identifier: NCT02628067), for which researchers enrolled 98 patients with recurrent or metastatic cervical cancer. Patients received pembrolizumab 200 mg every 3 weeks until disease progression or up to 24 months. Tumor status was assessed every 9 weeks during year 1 on study, and then every 12 weeks thereafter.

Of the 98 patients, 77 had tumors that expressed PD-L1 with a combined positive score ≥ 1 and received at least one line of chemotherapy.

After a median follow up of 11.7 months, results showed that among the 77 patients, the overall response rate was 14.3% (95% CI, 7.4-24.1), including a complete response and partial response rate of 2.6% and 11.7%, respectively. The median duration of response (DOR) was not reached among the 11 responding patients and 91% reported a DOR of at least 6 months.

Pembrolizumab has been approved under the FDA's accelerated approval regulations, and continued approval for advanced cervical cancer is dependent upon confirmation of clinical benefit in following studies.