Could HPV Testing Take the Place of the Pap for Cervical Cancer Screening? 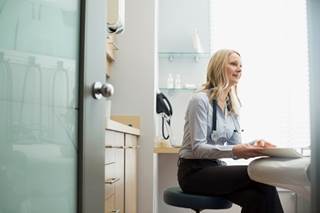 The confirmation of a positive HPV test appeared to be more predictive of a grade 2 or 3 cervical lesion than cytology screening alone.

Testing women for the presence of human papillomavirus (HPV) may be a better “first step” in the prevention of cervical cancer, according to research published in JAMA.1 This finding upends traditional practice norms, which often rely on cytology testing via a Pap smear as a primary screening method for precancerous lesions.

Researchers conducted cervical cancer screenings of 19,009 women in the Human Papillomavirus For Cervical Cancer (HPV FOCAL) trial from January 2008 to May 2013, and compared liquid-based cytology (LBC) results with HPV screening results of participants. The goal was to examine the clinical utility of both tests to predict grade 2 or 3 cervical intraepithelial neoplasia (CIN) lesions (CIN2+ or CIN3+, respectively). Patients were followed for a 48-month period.

After follow up, researchers determined HPV testing detected significantly more CIN3+ cases in the first round of screening than did the Pap test (P < .001). There were also fewer CIN2+ cases detected using cytology alone.

Though the researchers also determined that adding cytology testing after a positive HPV screen detected very few new events, it wasn't totally fool-proof: by virtue of the trial design, women who were found to be HPV-negative also received cytology screening at 48 months — and an additional three grade 2 lesions were found among those participants. In contrast, adding HPV testing to negative cytology results revealed 25 instances of grade 2 lesions that were not picked up by cytology testing alone.

But HPV testing is thought to have a lower specificity for CIN2+ than cytology screening, which could result in more colposcopies and biopsies being performed — some of which may be unnecessary, says the author of a related but separate JAMA editorial.2

Suboptimal specificity of the HPV test is still a limiting factor for widespread adoption of the test as a cancer screening tool, write the authors of the editorial, “especially among populations of young women who often carry HPV infections that regress without oncogenic consequence.” This would mean that a positive HPV screen could represent a false-positive cancer screen, as not all HPV infections progress to a cancer diagnosis — some of them clear on their own.

In fact, one study showed that grade 3 cervical lesions progress to invasive cervical cancer 50% of the time or less.3 And although higher-grade lesions are probably thought to be riskier, the likelihood that a grade 3 lesion moves from the benign to the malignant has been estimated to be 12%.4 The author of the JAMA editorial acknowledges this issue, writing that clinicians need to properly communicate that a positive HPV result presents a “low absolute risk of progression to cancer.”1

Screening recommendations from the US Preventive Services Task Force support either cytology testing at 3-year intervals or HPV testing at 5-year intervals for women 30 to 65 years of age, while the American Cancer Society began endorsing co-testing in 2012.