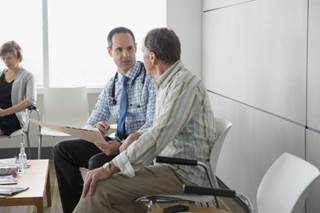 AvaALL was the first phase 3 study to evaluate bevacizumab across multiple lines of treatment beyond progression in patients with non-small cell lung cancer.

Bevacizumab continuation post-disease progression does not improve survival outcomes among patients with non-small cell lung cancer (NSCLC), according to a study published in JAMA Oncology.1

Previous studies have explored the benefits to progression-free survival (PFS) and overall survival (OS) with bevacizumab continuation therapy among patients with NSCLC, but results have been mixed and require further confirmation.

The authors concluded that “a substantial benefit of bevacizumab therapy beyond progression in patients with NSCLC was not shown, but some improvements in efficacy were observed. No new safety signals were identified.”