Gefitinib Continuation Therapy May Be Effective in NSCLC Post-Progression 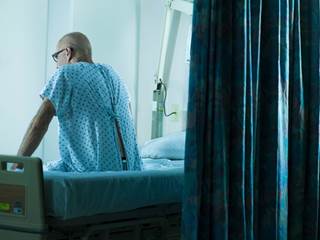 Targeted therapies such as EGFR tyrosine kinase inhibitors have improved survival in non-small cell lung cancer, but resistance is a common challenge.

Continuing gefitinib therapy plus localized therapy may provide a benefit among patients with asymptomatic slow progression or oligometastatic EGFR-mutant non-small cell lung cancer (NSCLC) post-progression, according to a study published in Lung Cancer.1

Targeted therapies such as EGFR tyrosine kinase inhibitors (TKI) have improved survival in NSCLC, but the development of drug resistance is a common challenge. Recent studies have shown that continuing EGFR-TKIs with local treatment, such as radiotherapy or radiosurgery, may be beneficial even after the development of drug resistance — but there is a paucity of evidence and guidance on proper use within this treatment approach.

For this phase 2 study, researchers enrolled 50 patients with EGFR-mutant NSCLC who experienced asymptomatic disease progression while on gefitinib therapy; patients continued treatment until symptomatic progression or at the investigators' discretion. Eligible patients had previously achieved complete response or partial response for more than 4 months or stable disease for more than 6 months while receiving gefitinib as a first- or second-line therapy. Tumor assessments were done every 8 weeks via computed tomography (CT).

The authors concluded that “in patients with EGFR-mutant NSCLC who experience progression, it is beneficial to maintain gefitinib treatment with local treatment such as radiotherapy until symptomatic progression. However, in patients with pleural metastasis or effusion, continuation of gefitinib beyond progression should be carefully determined on a case-by-case basis.”