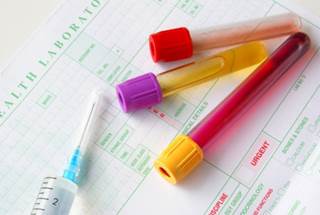 Circulating tumor DNA levels measured as early as 3 weeks post-therapy may provide clues about long-term outcomes in this lymphoma subtype.

Circulating tumor DNA (ctDNA) levels before and during treatment can predict how a patient with diffuse large B-cell lymphoma (DLBCL) responds to standard therapy, according to a study recently published in the Journal of Clinical Oncology.1 The study suggests that long-term outcomes can be predicted as early as 3 weeks after the initiation of drug therapy.

“In diffuse large B-cell lymphoma, we don't have a great way of being able to tell if someone isn't going to do as well after they've received treatment,” Sarah Rutherford, MD, oncologist at Weill Cornell Medicine and New York-Presbyterian Hospital in New York, New York, told Cancer Therapy Advisor; she was not involved in the study. About one-third of patients with DLBCL do not respond to currently available treatments. “This research is striking because it [shows] a new method of trying to figure out and differentiate between which patients will do well with the frontline therapy versus which won't do as well.”

To conduct the study, researchers measured ctDNA levels in blood samples from 217 participants with DLBCL. The participants were from 6 academic cancer centers; 3 in the United States and 3 in Europe. The patients were retrospectively recruited from studies done at these centers between 1999 and 2016. Patient blood samples had been taken during that time period, but were later centrally analyzed at Stanford University in California. For the purpose of analysis, participants were split into validation set 1 (144 patients) and validation set 2 (73 patients). Most participants had received treatment in the frontline setting; only 36 patients (25%) in set 1 had received salvage treatment.

Page 1 of 2
Recommended for you