Evaluating the Relationship Between Q Fever and Non-Hodgkin Lymphoma 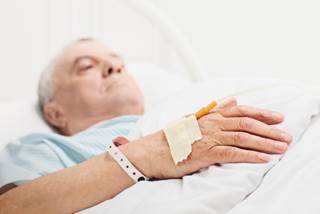 Findings from a previous study suggested that Q fever may significantly increase a person’s risk of nHL.

Q fever may not have a causal relationship with non-Hodgkin lymphoma (nHL), according to a study published in The Lancet Haematology.1

An estimated 40,000 to 50,000 people in the Netherlands were infected with Q fever between 2007 and 2010. Findings from a previous study suggested that Q fever — an illness caused by Coxiella burnetii infection — may significantly increase a person's risk of nHL.

For this retrospective population analysis, investigators evaluated 48,760 cases of nHL diagnosed between January 2002 and December 2013 in the Netherlands. The authors calculated the relative risk (RR) for nHL in areas that had intermediate-to-high endemicity compared with low-endemic areas for Q fever during 1-year periods before, during, and after the epidemic. They also calculated the RR of patients with chronic Q fever developing nHL compared with that of the general population.

A significant association between nHL incidence and areas with high endemicity of Q fever compared with low endemic areas (RR, 1.16; 95% CI, 1.02-1.33; P = .029) was observed in 2009, though no associations were noted for any other year or in areas with intermediate Q fever endemicity.

The authors concluded that these data “do not support the hypothesis that Q fever has a relevant causal role in the development of non-Hodgkin lymphoma. Several limitations, inherent to the design of this study, might lead to both underestimation and overestimation of the studied association.”