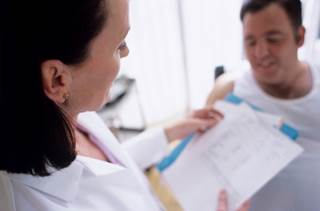 Although survival outcomes and regimen activity was similar, the toxicity profiles of the 2 regimens examined were different.

Lenalidomide plus rituximab (R2) may be just as safe and effective among patients with previously untreated follicular lymphoma (FL) compared with the standard combination chemotherapy regimen, according to a study during Presidential Symposium at the 23rd Annual Congress of the European Hematology Association in Sweden.1

After a median follow-up of 37.9 months, the superiority of one regimen versus the other was not established.

The complete response (CR)/CR unconfirmed (CRu) at 120 weeks among patients in the lenalidomide arm was 48% compared with 53% among patients who received standard therapy (P= .38).

Rates of 3-year progression-free survival (PFS) in the R2arm and R-chemo arm was 77% and 78%, respectively, and the 3-year overall survival (OS) rate was 94% in both groups.

The authors concluded that “the superiority of R2 over R-chemo was not demonstrated in this phase 3 trial, however, compared with R-chemo, R2 appeared to show similar efficacy with a different toxicity profile.”