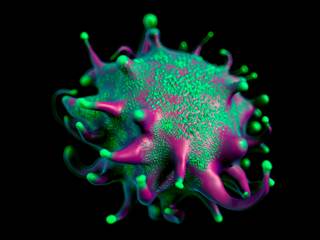 A pivotal phase 2 trial indicates promise for another checkpoint drug, this time for patients with classical Hodgkin lymphoma.

Positive topline results from a pivotal phase 2 trial of tislelizumab (an antibody-based PD-1 inhibitor) that included patients with relapsed/refractory classical Hodgkin lymphoma (cHL) were recently released by BeiGene, in collaboration with Celgene.1

Tislelizumab was tested in a single-arm trial of 70 Chinese patients with relapsed/refractory cHL who had either failed or were ineligible for autologous stem cell transplantation. The overall response rate was 73%, with a 50% complete response, and the median duration of response had not been reached by study completion.

Though there are numerous checkpoint inhibitors already on the market, with many others also in developmental phases, BeiGene noted in a release that tislelizumab is different in that it has an Fc region engineered specifically to “minimize potentially negative interactions with other immune cells, based on preclinical data.”

The Fc region of an antibody has an intracellular domain that may mediate some signaling to a variety of other immune cells. The signaling of these other types of cells is what is responsible for various immune responses — such as release of inflammation mediators, B-cell activation, endocytosis, phagocytosis, and cytotoxic attack — that patients may experience as adverse effects.2

Despite a focus on a modified Fc region, phase 1 trials showed that the immune-related events associated with administration of tislelizumab were “consistent with previous reports of other PD-1 antibodies for the treatment of cHL.”

The data from this study will be combined with additional follow-up data and included in BeiGene's biologics license application with the China Drug Administration later this year. Final results will be presented at an upcoming medical conference.