Systemic Therapy Post-Radiosurgery in RCC May Not Affect Outcomes 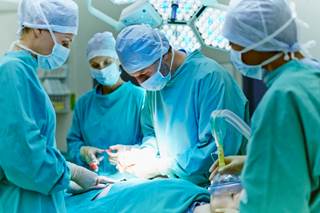 The impact of switching to or continuing treatment with systemic therapy post-stereotactic radiosurgery in renal cell carcinoma requires further study.

Maintaining the same systemic therapy after stereotactic radiosurgery (SRS) to treat central nervous system (CNS) or spinal lesions does not affect clinical outcomes among patients with metastatic renal cell carcinoma (mRCC), according to a study published in Clinical Genitourinary Cancer.1

For this retrospective analysis, researchers assessed the outcomes of 95 patients with mRCC who had had undergone SRS to the CNS or spine during systemic treatment. Participants were stratified into groups according to if they maintained (STAY) or switched systemic therapy (SWITCH) after SRS, or experienced disease progression outside the SRS sites and switched systemic therapy (PD-SYS).

Evidence from the study demonstrates that maintaining the same systemic therapy with oligoprogression is reasonable, and is not negatively affected by SRS. The authors concluded that “the choice to stay with or switch a treatment should be individualized by the tolerance of the existing regimen, the presence of progressive disease outside SRS sites, and patient access to subsequent therapies.”