Exploring the Role of Immunotherapy in Melanoma Brain Metastases 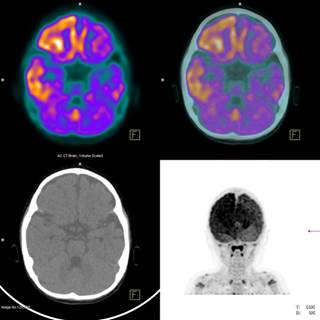 Although checkpoint inhibitors are active against melanoma-linked brain metastases, researchers are interested in exploring combination approaches.

Checkpoint blockade immunotherapy has revolutionized the treatment of advanced melanoma, and now the results of 2 studies further confirm the role of these treatments in patients with melanoma-related brain metastases.

The first study, published in Cancer Immunology Research, showed that first-line treatment with a checkpoint inhibitor (CPI) was associated with a 1.4-fold increase in median overall survival.1The second study, published in the Journal of Neuro-Oncology, showed that radiosurgery plus immune CPIs had “excellent” central nervous system (CNS) control and was associated with better overall survival compared with anti-CTLA4 medications.2

“Historically, CNS metastases from melanoma as well as other solid tumor types have proven particularly challenging to treat, with most therapeutic approaches providing minimal clinical benefit for patients,” said David Reardon, MD, clinical director of the center for neuro-oncology at the Dana-Farber Cancer Institute and professor of medicine at Harvard Medical School in Boston, Massachusetts, and a researcher on the first study.

“Particularly for melanoma, dissemination of disease to the CNS responds poorly to systemic chemotherapy as well as [to] targeted radiotherapy, and has historically been regarded as a pre-morbid event.”

Melanoma historically has had a high predilection for metastasizing to the brain, wrote Dr Reardon and colleagues, and patients with melanoma-related brain metastases were typically excluded from participating in clinical trials testing CPIs.

“There are a number of challenges facing therapeutic clinical trials for brain metastases, including concerns about therapeutics crossing the blood-brain barrier in order to reach the tumor; concerns about interaction effects with other, often necessary modalities, and (particularly for checkpoint blockade immunotherapies) concerns that the therapeutic effects might be diminished by the high-dose steroids that are often needed to treat tumor-associated brain swelling,” said J. Bryan Iorgulescu, MD, postdoctoral fellow in the department of pathology at Brigham and Women's Hospital/Harvard Medical School, and the department of medical oncology at the Dana-Farber Cancer Institute in Boston, Massachusetts.

In this national cohort study, the investigators evaluated data from the National Cancer Database on the characteristics, treatments, and overall survival of 2753 patients with stage IV melanoma with brain metastases between 2010 and 2015.1

“The results of our analyses indicate that immune checkpoint inhibitors can achieve a meaningful therapeutic benefit for metastatic melanoma, including spread to the CNS,” Dr Reardon said. “At the same time, not all patients benefit [from checkpoint blockade], indicating that much research is still required to optimize the potential of antitumor immune responses for CNS metastatic disease.”

The data taken from the National Cancer Database had several limitations, including a lack of information about why certain patients did not receive immunotherapy, and information about adverse effects from treatment with CPIs.

Page 1 of 2
Recommended for you