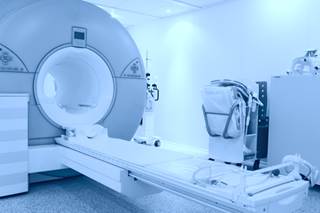 Previous studies have evaluated the effects of limited local node excision plus radiotherapy among patients with melanoma in this subgroup, but had conflicting results.

Limited local cervical lymph node excision followed by adjuvant radiotherapy may be an effective alternative to therapeutic complete lymph node dissection (TLCND) among patients who are elderly or have major comorbidities, according to a study published in the Annals of Surgical Oncology.1

TLCND is the recommended course of treatment among patients with positive metastatic melanoma in cervical lymph nodes, but has been associated with procedure-related morbidities and is contraindicated for elderly patients or those with significant comorbid conditions. Previous studies have evaluated the effects of limited local node excision plus radiotherapy, but have produced conflicting results.

For this retrospective analysis, researchers assessed the outcomes of 28 patients who underwent limited local node excision followed by adjuvant radiotherapy and who had undergone resection for head and neck melanoma or those with positive cervical lymph nodes with an unknown primary site. The median age of the study population was 78 years, and included patients with major comorbidities including ischemic heart disease, dementia, atrial fibrillation, diabetes mellitus, and advanced cerebrovascular disease.

At the time of analysis, 7 patients were alive; among the 21 patients who died during follow-up, the median survival was 16 months post-limited local node excision.

The authors concluded that “this treatment approach may be considered as a satisfactory pragmatic option in selected patients who are elderly and who have major comorbidities that make them poor candidates for TCLND. In the future, a study with prospectively collected data will be necessary to define the place of this combined treatment modality in this patient category.”